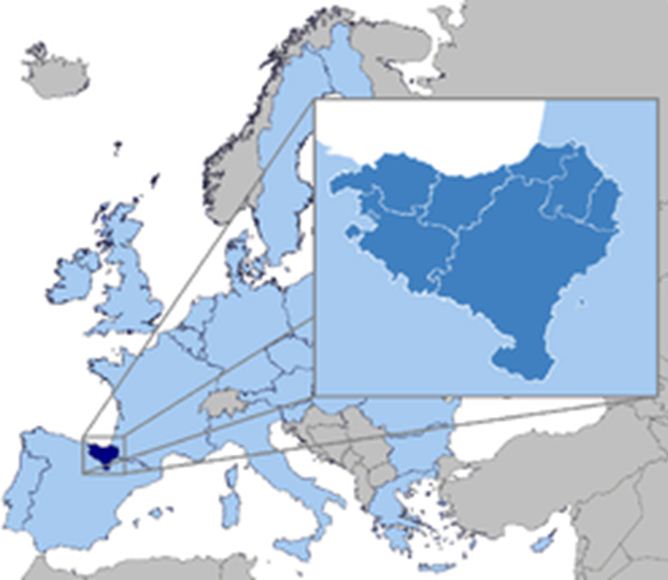 The Ikurrina is the Basque flag.

Euskera is the ancestral language of the Basque people .It is spoken by 25.7&percent; of the population. A standardized form of the Basque language, called Euskara Batua, was developed by the Basque Language Academy in the 1960s. It was created so that Basque language could be used in formal situations, and this is its main use nowadays.

The Basque Country has a high popularity in some sports such as, football, cycling, , basketball and surfing . However, the originary sports in Euskal Herria are jai-alai (pelota) and the rural sports, such as stone lifting (harrijasotzea) and trunk chopping (aizkolaritza). 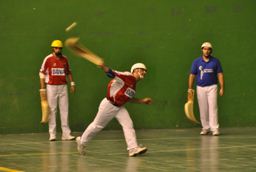 This is the jai-alai game in the Basque Country.

Olentzero is a Basque Christmas tradition. According to Basque traditions Olentzero comes to town late at night on the 24th of December to drop off presents for children. It’s a Basque type of Santa Claus.